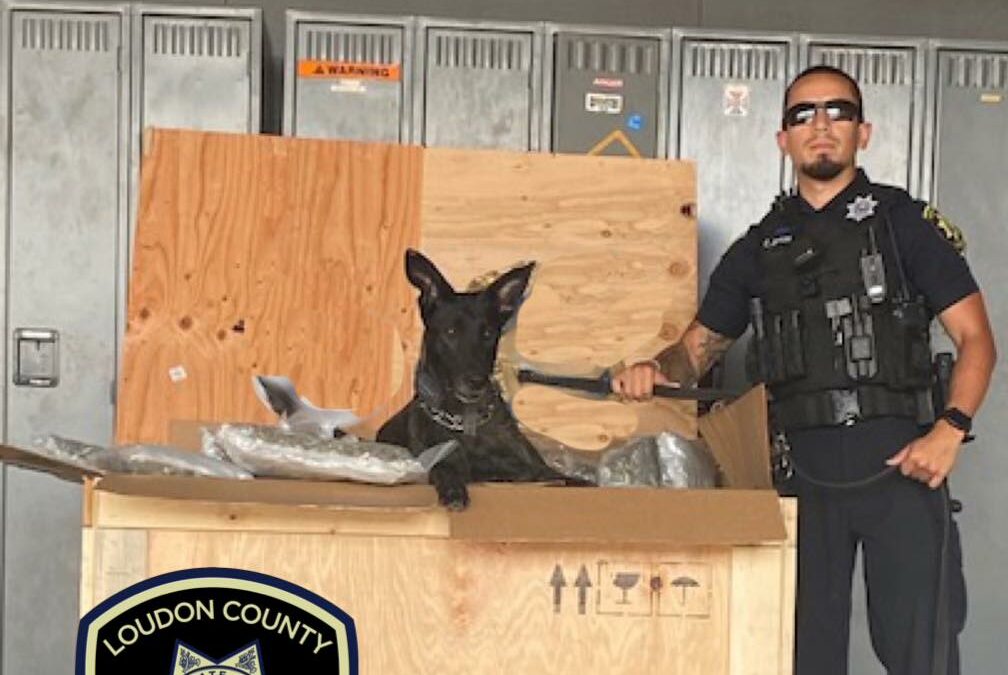 LOUDON COUNTY, TENN.- A joint operation involving the 9th Judicial Drug Task Force and other law enforcement partners led to the discovery of over 100 pounds of marijuana yesterday.

At the request of Agents with the 9th JDTF, K9 Deputy Clay Jenkins and his partner Deja were involved in an investigation revolving around the transport of large quantities of illegal narcotics. Jenkins deployed Deja who alerted him to the presence of narcotics in a large wooden crate. Inside the crate was approximately 127 pounds of marijuana.

This is an ongoing investigation being led by the 9th JDTF.

Jenkins, who recently competed his K9 handler certifications, began working with K9 Deja after his father, Sergeant Chris Jenkins, was killed in the line of duty. Deja was originally Sergeant Jenkins’s partner. This is Deputy Jenkins’s and Deja’s largest narcotics discovery so far!