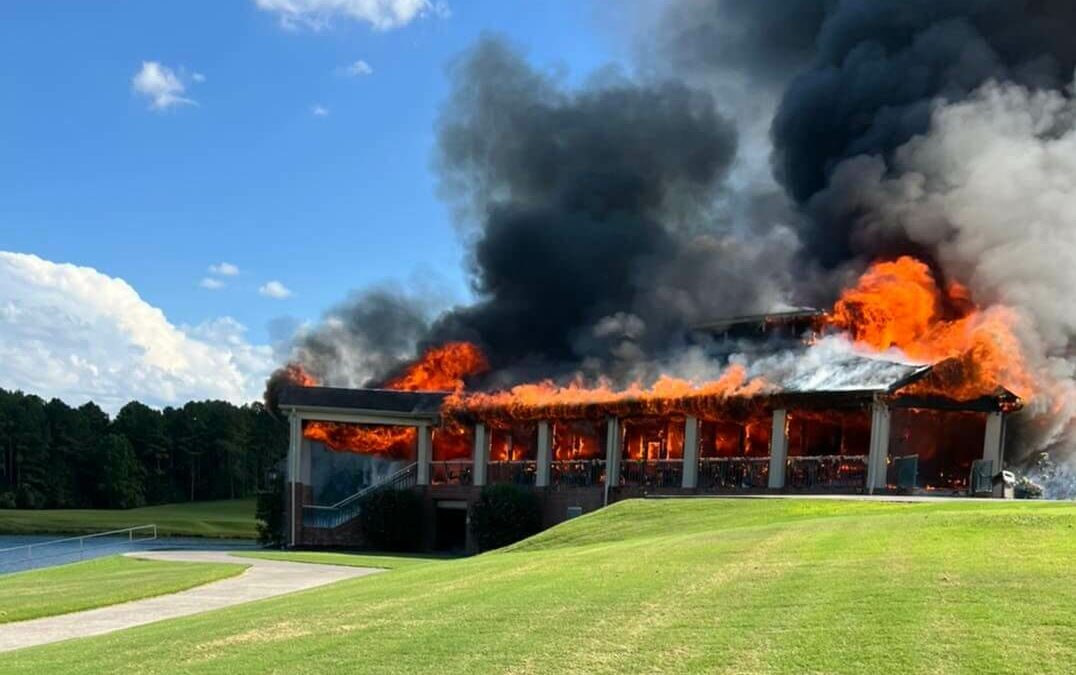 TELLICO VILLAGE, TENN.- A popular golf destination’s club house has been destroyed by a fire that is believed to have started in the kitchen.

Tanasi Country Club’s mainbuilding caught fire this evening and is a total loss according to fire officials on the scene. The fire, which is believed to have started in an area of the kitchen, spread quickly engulfing the entire property. A quick evacuation of the premises is credited to no injuries.

“At this time we are investigating the fire and believe it to be a result of a kitchen fire.”, said Chief Deputy Jimmy Davis. “While the building is a total loss, we are thankful that all those inside were evacuated quickly and no loss of life occurred”. 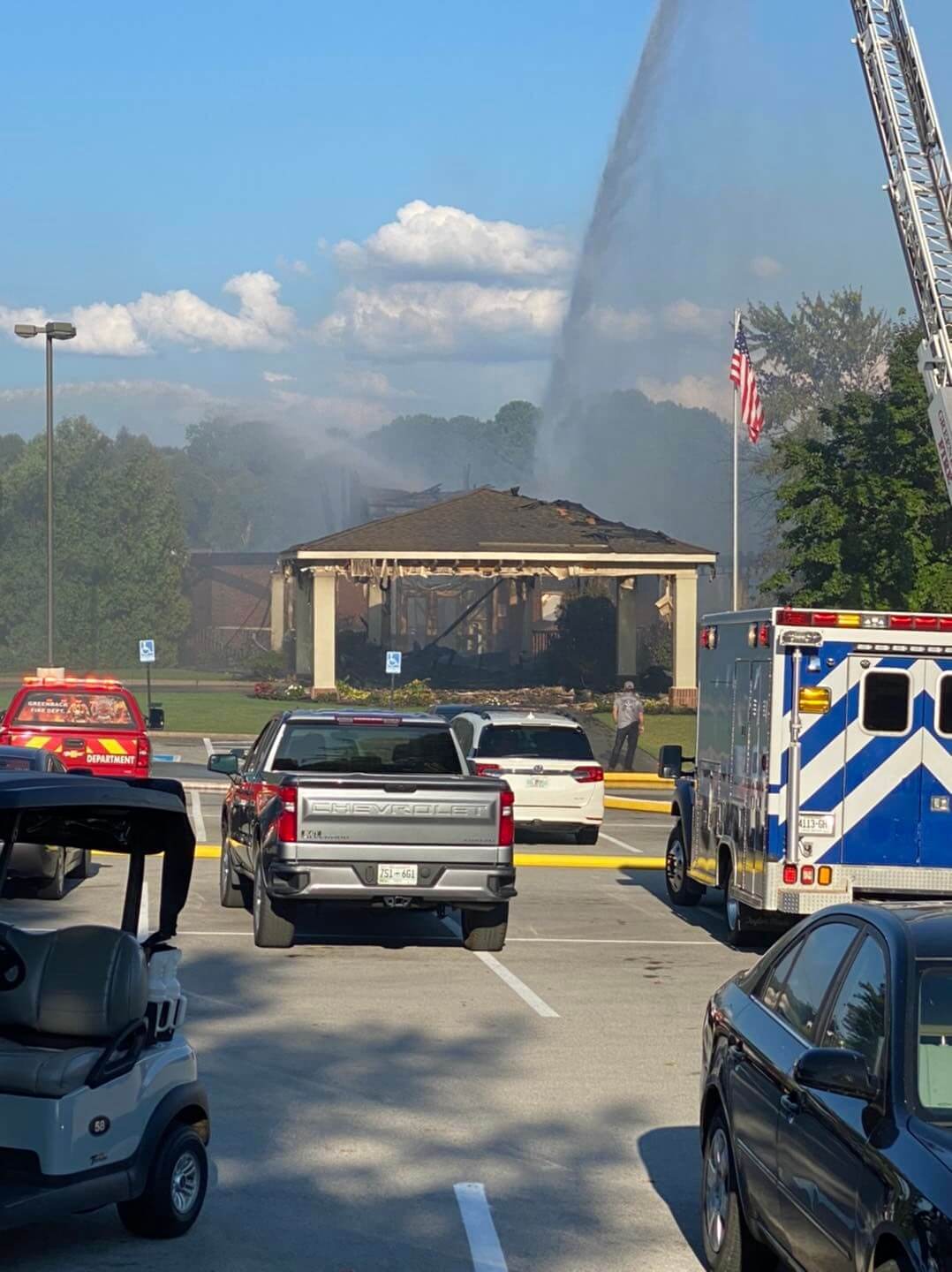