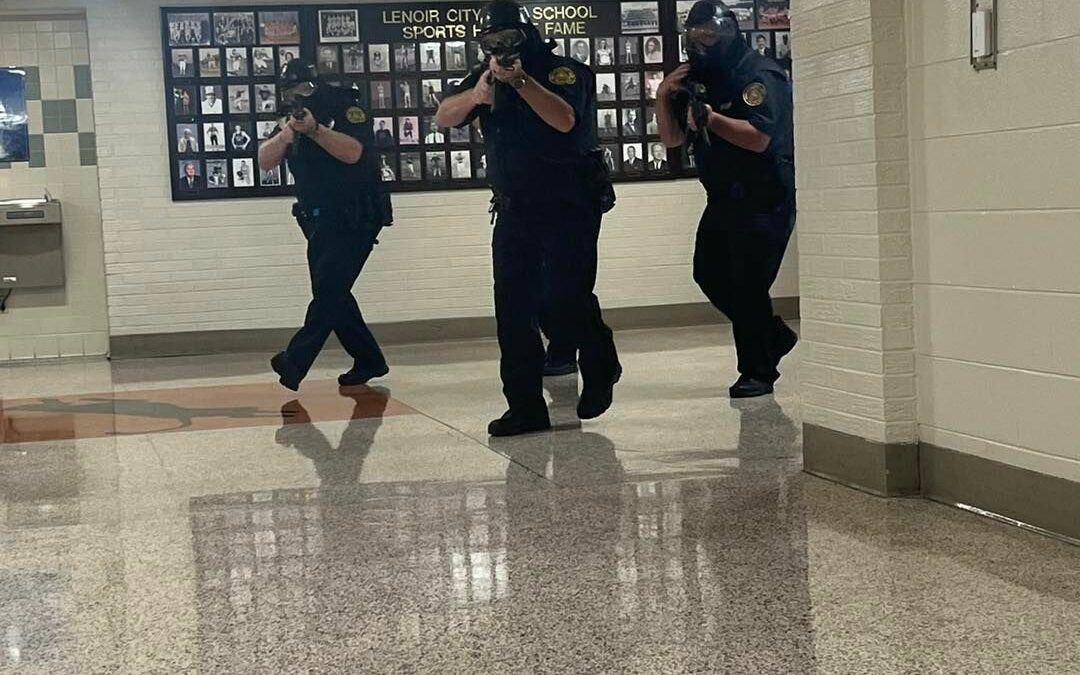 LENOIR CITY, TENN.- Officers from the Loudon County Sheriff’s Office teamed up with Lenoir City Police Officer’s to train in areas of school safety that aim at better preparing them for a swift and tactical response should an event ever require such an effort.

The two day training event, orchestrated by LCPD Officials, included officers from both agencies, many who are assigned with the important task of protecting the students, teachers and staff of city and county schools throughout Loudon County.

The topics and training covered included an overall school safety briefing, a walk through of the school with a focus on key entry points, communication with multiple agencies, tactical room clearing and simulating firearm training.

“While there is much attention to other communities across our country, and some failed response tactics that have taken place, there are lessons to be learned. Our deputies were able to refresh on modern responses and tactics to active-shooter type situations. This training that Chief White and his staff put together at LCPD, is invaluable should we ever have to work as one team in a situation involving our schools.”, said Chief Deputy Jimmy Davis.

“We know the trust that parents place in our officers and deputies to keep their loved ones safe and continued training such as this is one of the absolute keys to success should we be called to act in active-shooter situation.”, said Davis. “The body will not go where the mind has never been. And this is the most life-like way that we can prepare our deputies for something they could be asked to do tomorrow.” 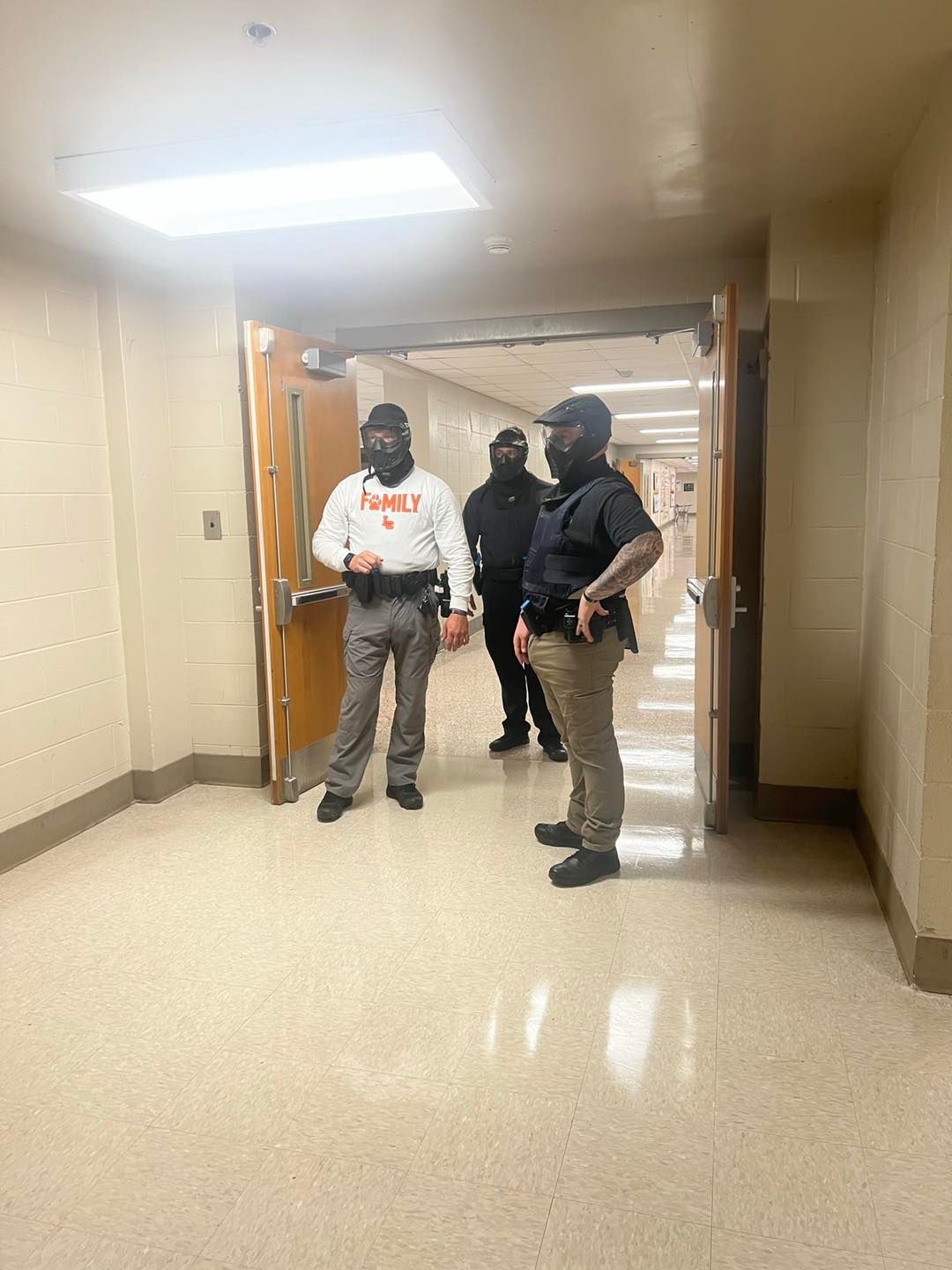 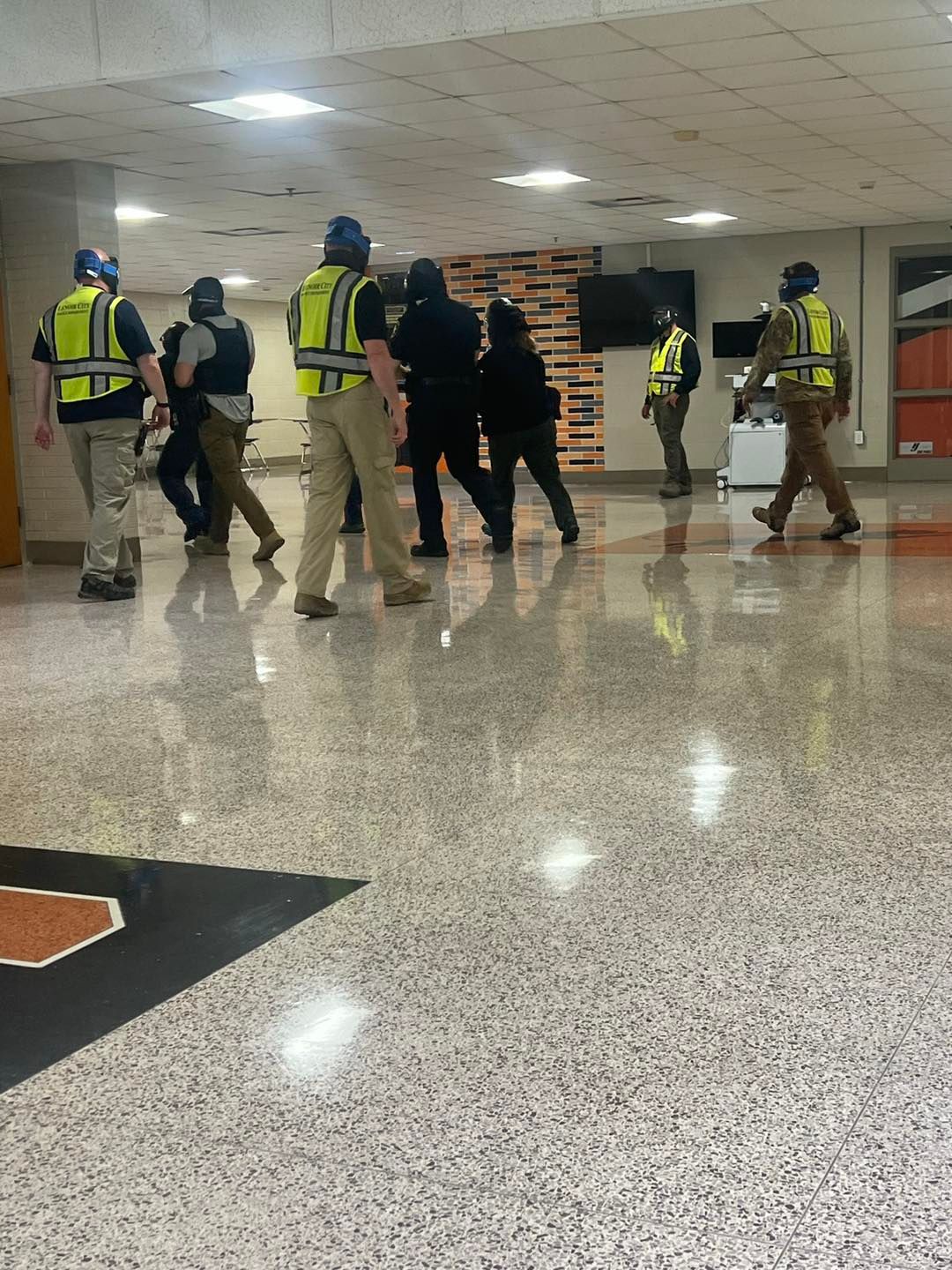 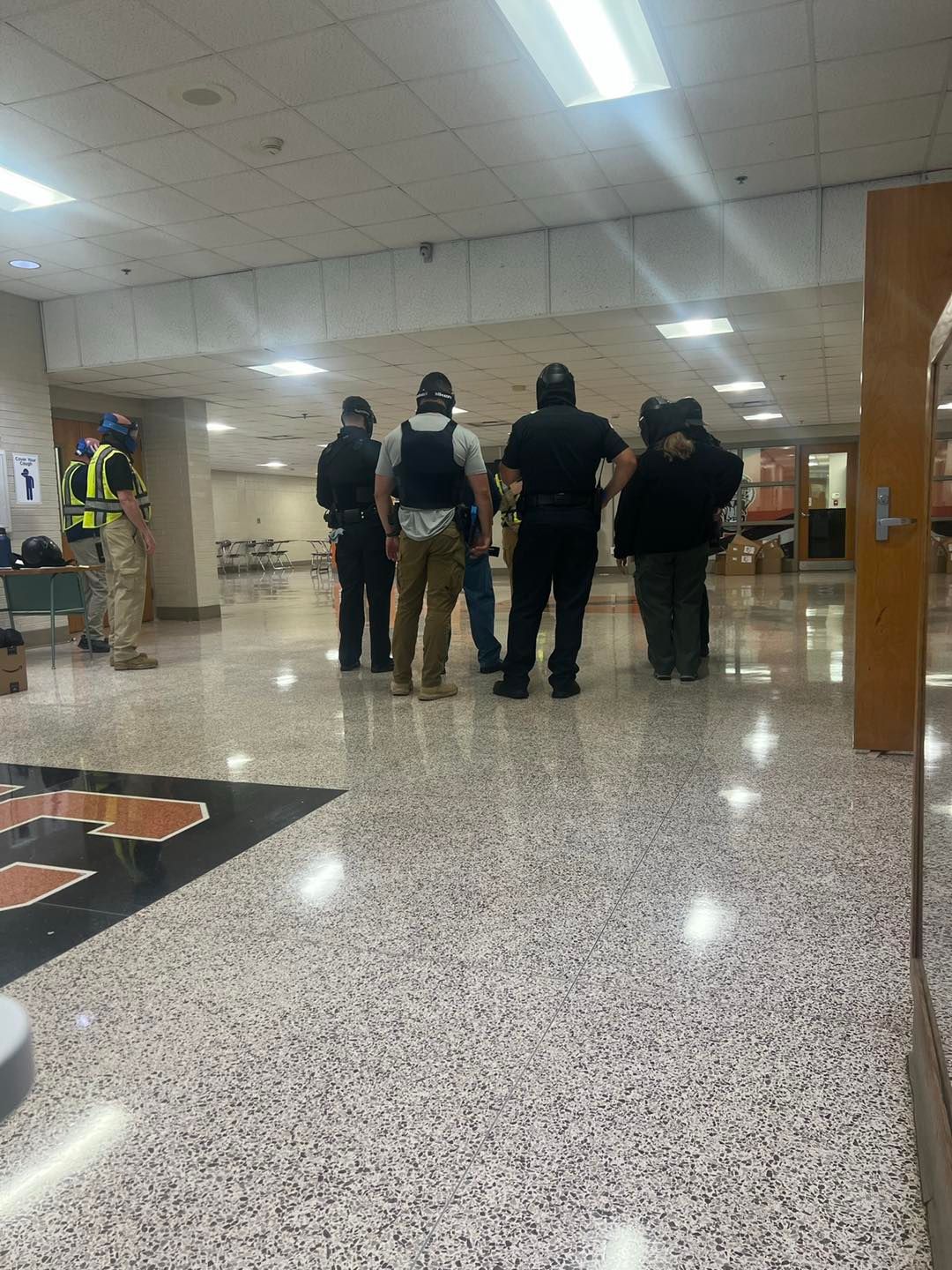 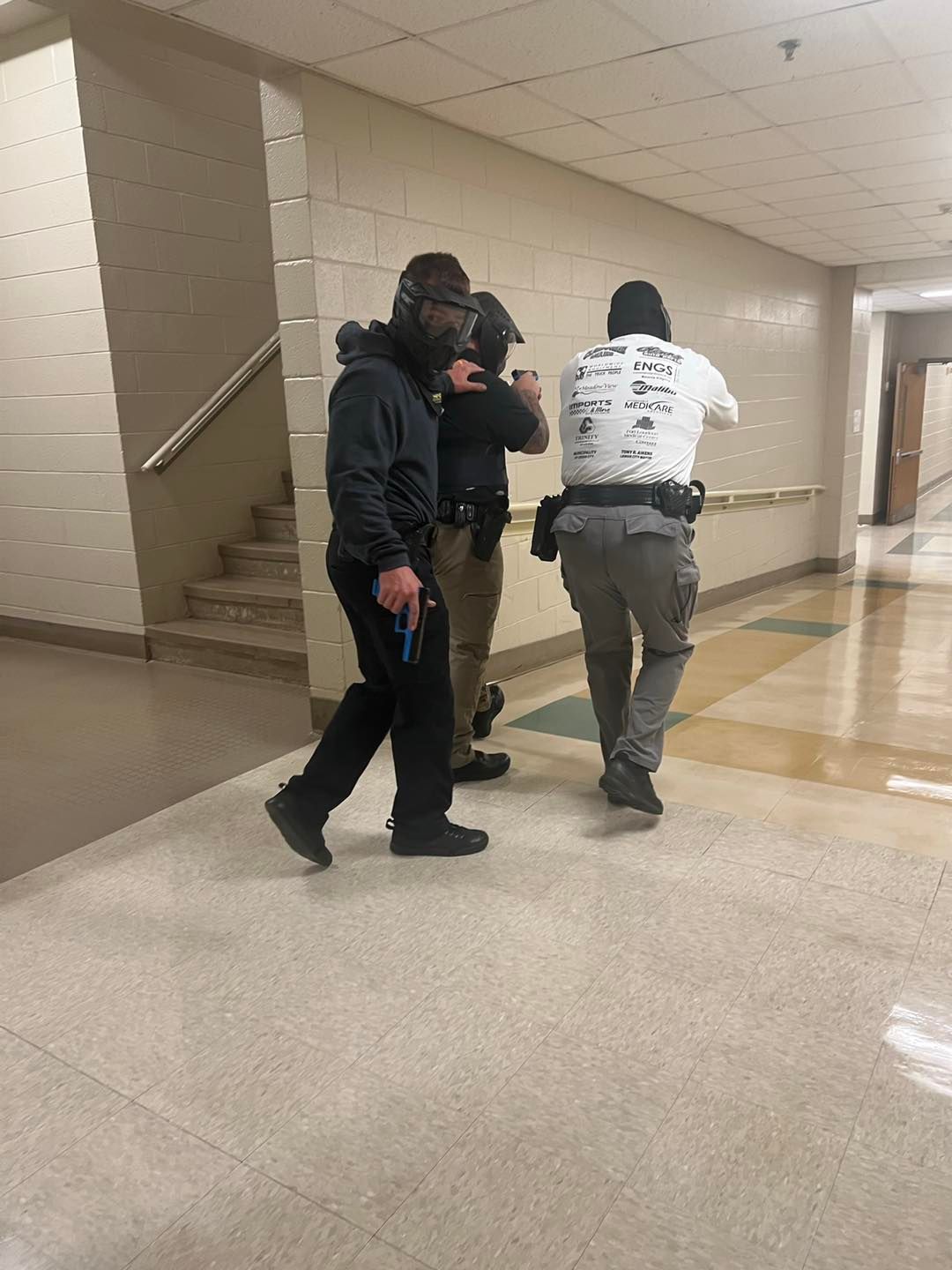 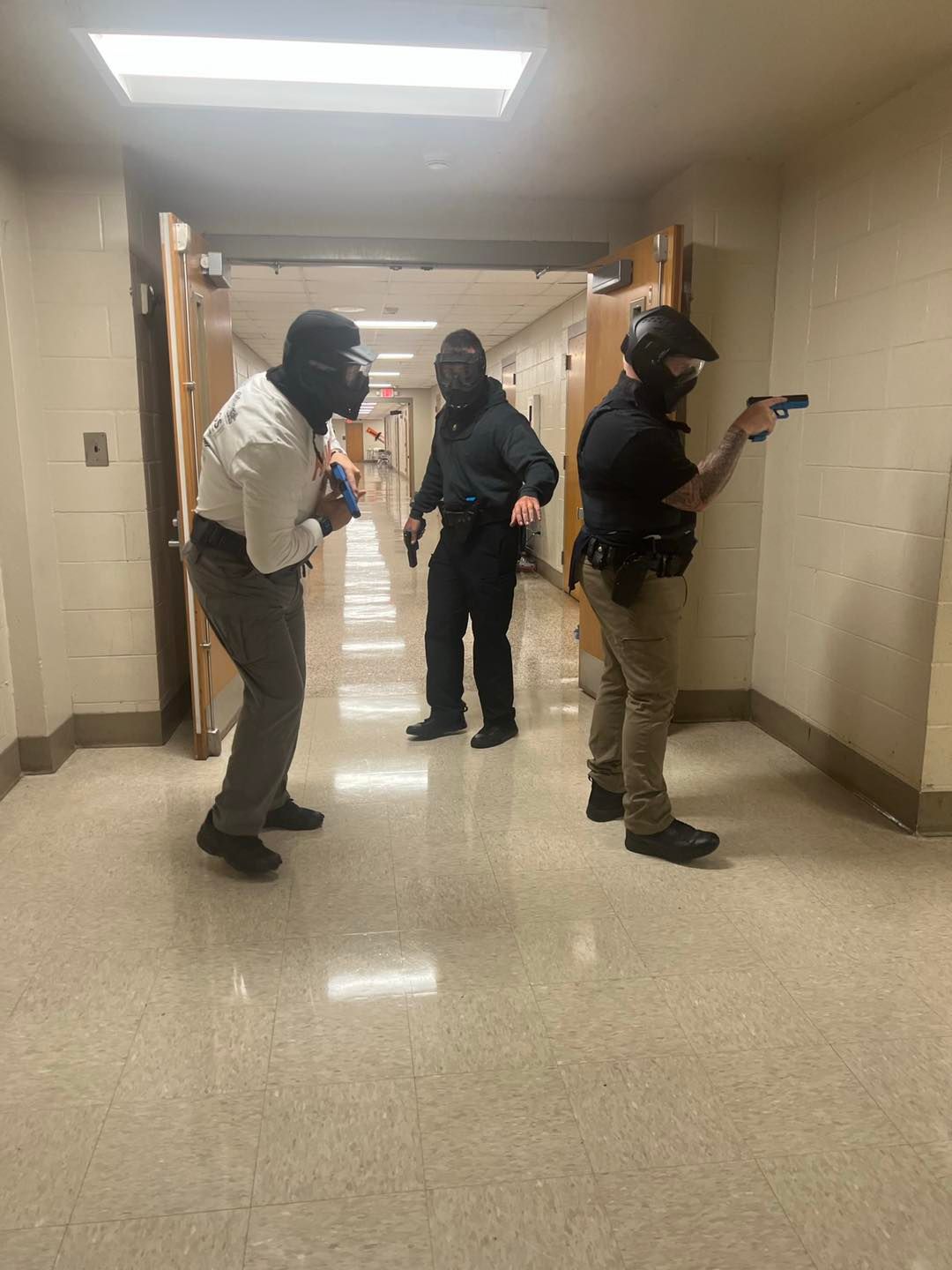