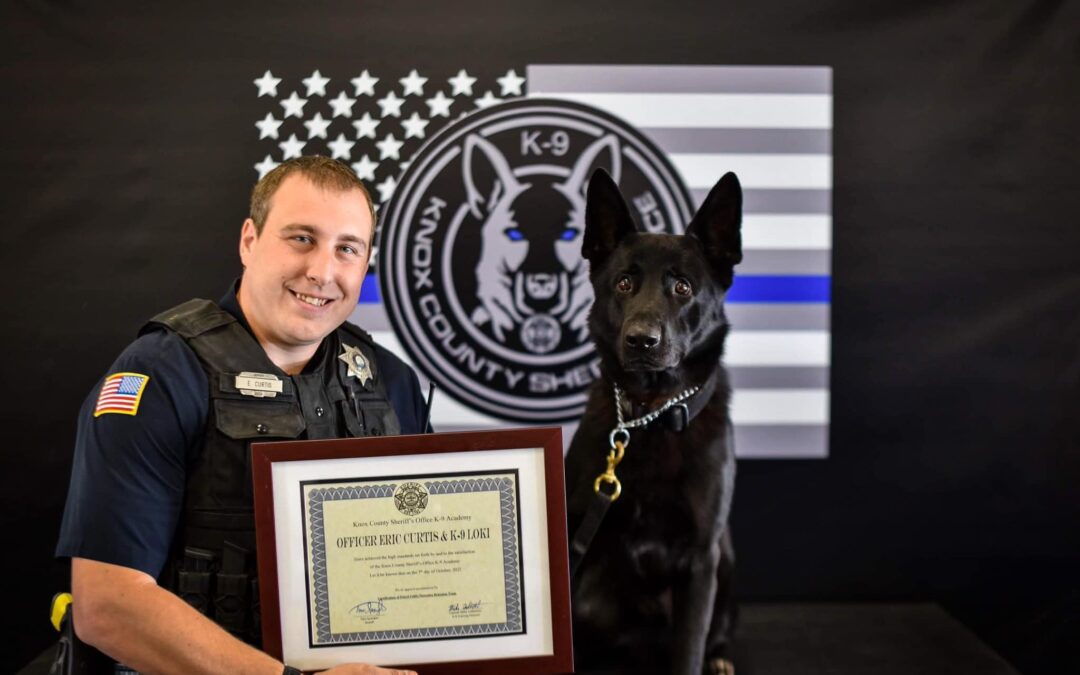 Sheriff Jimmy Davis introduces a new K-9 team to the Loudon County Sheriff’s Office. Deputy Eric Curtis was selected back in May to be the agencies newest K-9 handler. Deputy Curtis and K-9 Loki were introduced a few weeks later and immediately began their training together.

Deputy Curtis has been with the LCSO since 2014 where he began in the Corrections Division and then moved to the Patrol Division in 2019. K-9 Loki is a 2.5 yr old German Shepard who is certified in narcotics detection, tracking and criminal apprehension.

“Deputy Curtis has been around K-9 training since he was a little boy. He understands the dedication and responsibility it takes to be a K-9 handler. When we had an open K-9 position come available, it was no question who the right person for the job was.” – Said Sheriff Jimmy Davis.