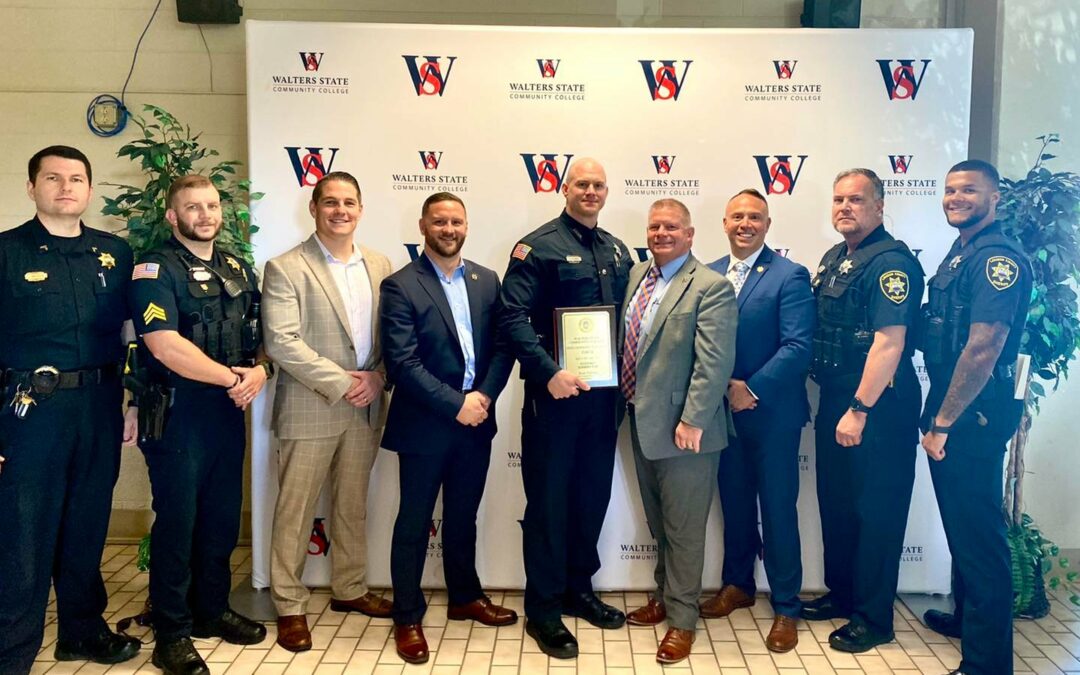 Fleming, along with 45 other law enforcement officers from all over Tennessee, completed over 400 hours of intense, live-in, training aimed at preparing them for their new journey as a peace officer.

Prior to his appointment as a Deputy with LCSO, Ryan was a contract protection operative for the US Intelligence Community for 6 years. Prior to that Ryan served in the United States Army in the 82nd Airborne for a total of 6 years.

Deputy Fleming is being assigned to LCSO’s 2nd Shift Squad and will begin his tour officially on Monday.

Ryan was presented the David Purkey Leadership Award by Academy Instructors for his leadership as the Class President of Session #124.

Congratulations, Ryan and welcome to your new role on our team!